Javi Gomez de Liaño is set to follow his younger brother Juan’s footsteps after the former UP Maroons standout agreed to play for the Ibaraki Robots, a Division 1 team in the Japan B.League.

The team announced the signing of the 22-year old Gomez de Liaño on Monday with the contract running for the entire duration of the league’s 2021-22 season.

“I’m happy to announce that I’ll be playing for Ibaraki Robots in Japan B1 league. I’d like to thank Coach Richard (Glesmann) and Robots management for giving me this opportunity of the lifetime,” said Gomez de Liaño.

“I can’t wait to play for you guys and meet the amazing community out there,” he added.

The Robots posted a 39-16 win-loss record in the second division last season, good for third place, and made it all the way to the championship round. The squad, however, fell to the Gunma Crane Thunders in a three-game Finals series.

Despite the defeat, the team was still promoted to the first division starting this upcoming season.

Javi won’t be facing Juan since the younger Gomez de Liaño’s team, Earthfriends Tokyo Z, plays in the second division. He, however, will have the opportunity to play against Thirdy Ravena and the San-En NeoPhoenix.

Gomez de Liaño suited up for the Gilas Pilipinas Men’s team in the recently concluded 2021 FIBA Asia Cup Qualifiers here in Manila and submitted three-game averages of 10.7 points and 3.0 rebounds in 16.9 minutes of action. 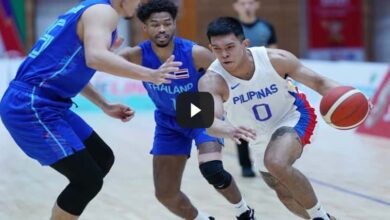 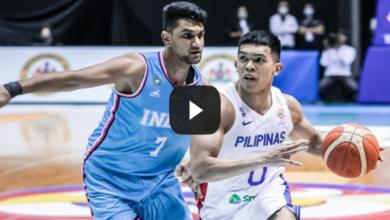 Kiefer Ravena gets go-signal from PBA to play in Japan B.League